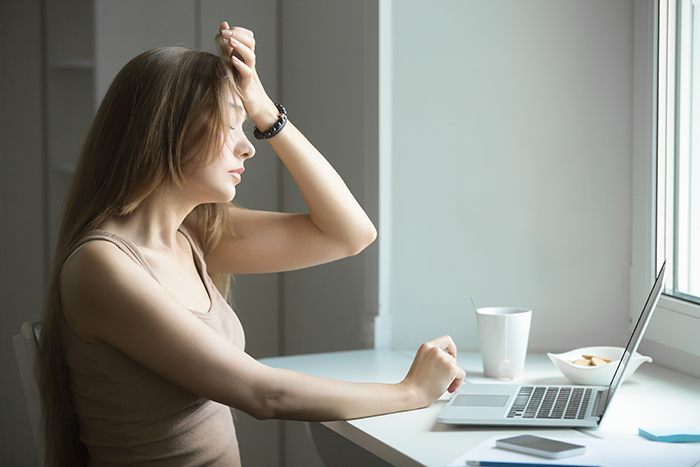 Welcome to our fourth installment in this series of worst business advice. Today is all about pressure and plurality.

“The absolute worst I received was, ‘Come up with an idea that is out of this world, something I have never seen before.’ What does that advice even mean? The person might as well have told me to buy a lottery ticket on the off chance that I win.

As a co-founder of a successful and growing business, the advice I would have rather received starting out is, ‘What problem are you trying to solve, why is it a big problem, and what skill sets do you have or have access to to solve the problem?’

Framing the idea this way allows one to narrow down business ideas to those that have a greater chance of succeeding. I would much rather frame a big problem that an entrepreneur is capable of solving, rather than something that isn’t a real problem, or something no entrepreneur has a chance of solving.”

That’s a lot of pressure! What does this even MEAN?? Is this advice giver trying to say that all of my ideas have to be TOTALLY original? Should Apple never have even tried because Microsoft was already doing computers? Should the Android phone have never been created because we already had smart phones from Apple? Just because you are an entrepreneur does NOT mean that you also have to be a super-inventor. Instead of thinking “well, there’s already this thing that I wanted to build and sell, so I guess I won’t” – think outside the box. I know that’s cliché, but what I mean is – how can you improve that thing? What problems does the current model have that you think you’d be able to solve?

If you have a passion for a certain field, there are probably numerous ways you’ve already thought of to make something better – now you just need to put it to paper and create a first working model! Don’t be discouraged if the first model fails, though – it was only meant to be a first draft. Tweak it and tweak it until it’s perfect and sellable. Don’t try to reinvent the wheel…just work to make it better.

8. “Do Business With Anyone”

“The worst advice I received was that I should cast a ‘large’ networking net.

I was advised that I should be looking to work with anyone rather than developing a targeted niche network. I was exhausting myself running around to make connections with no targeted marketing. What would have been better—and has proven success for me—would have been to specialize and find my place in my market, and network from there.”

As the great Zig Ziglar says “If you aim at nothing, you’ll hit it every time.” I think the same could be said if you aim at everything you’ll wear yourself out and hit virtually nothing. For instance, if you want to design and sell women’s shoes, showing up at an all-men’s expo or conference to network is a giant waste of your time. It’s better to sit down with a notebook and began building a profile of what you see as your typical client: Imagine just that one ideal client – is it a girl or guy? Old or young? Now build a full character profile out of that including a whole backstory – write it as if you are building a character for a short story or novel you’re going to write. It sounds ridiculous, but building that one rounded, complex character will help you narrow down just what kind of events you want to go to for networking and what kind of advertising you want to put money into. Be smart and focused with your advertising to bring in that right type of client!

Next week we’ll dive into advice pertaining to the “lone wolf” syndrome.