What does it really mean to "never give up" on your small business? 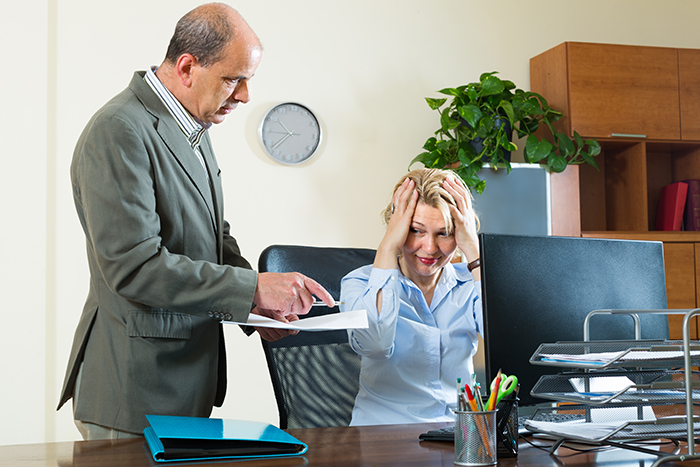 We’re finishing up this series on 20 of the worst pieces of advice that entrepreneurs have ever received from fundera.com. Here are the last 2:

“The worst advice I’ve ever received as an entrepreneur is that I need to get an MBA before starting a company. I didn’t take this advice and I’m so glad that I went with my gut.

Since then, I’ve realized that they don’t teach entrepreneurship in school. The best way to learn about the world of business is by doing. Better advice would have been to jump into the fire and start learning everything you can while on the job. Work hard and don’t rely on textbooks to teach you what you need to know.”

My take: YES! A thousand times yes, Jason – I, myself, have ZERO college degrees and here I am, running a successful small business with my husband who has a 2-year degree in media communications from AIMS. Neither of us has an MBA, yet this is our only job and it makes us a nice comfy living wage! We’ve even managed to hire an employee when I had little babies at home and this job has given us the ability to raise 4 kids into adulthood with our youngest in her teen years. We are so amazingly blessed to be doing this with all the flexibility that comes with it – and we did it all without a business degree!

The key, I think, is exactly what Jason mentioned – you learn best by doing and allowing failures and successes to school you. The biggest takeaway, here, that he didn’t mention is DON’T GIVE UP! A lot of bright-eyed bushy-tailed new entrepreneurs will quit within their first 2 years because they experience adversity and instead of learning from their mistakes, they get discouraged and quit. If you want to be a small business owner, you have to grow a thick skin…and you do that by being determined to never quit. Allow your failures to teach you lessons. After a failure, ask yourself (and ask God) “where did I go wrong?” “What can I do next time to make it better?”

I’ll give you a “for instance” – about a year into our new video business, we were hired to capture an awards event on camera. A local man had just won an award and was going to be giving a tour and speech during the dinner event being given in his honor. Everything went well and we took the tapes home only to discover that mine was blank. George had hit record and I had not. I don’t know how I forgot such a basic thing, but I did….and I felt like dying. I wanted to quit. We edited the video as best we could and sent it off to the client with an apology for only one camera. The client was gracious and said if we hadn’t mentioned it, he probably wouldn’t have noticed! He said he was happy with his video. I still felt awful and wanted to quit, but after talking it out with George, we just identified ways we could do better with our set-up and shooting skills in the future. We chose to learn from our mistakes instead of running from them. That’s how you succeed in career life and in committed relationships – decide at the beginning that the word “quit” is a dirty word that you will never say in your marriage or your business, and you will grow a thick skin and you will succeed.

“The worst advice I ever received was to make sure I knew what each employee was doing at all times. I took this advice for years, and it served me horribly. I micromanaged my employees, who felt like they didn’t have the freedom to use their talents. And since I spent all my time worrying about what everyone else was doing, I couldn’t focus on my own workload.

I think better advice would have been, ‘Know what’s going on in your company but give people room to do their jobs to their best ability.’ When I started giving my employees ownership of their work, their productivity and morale increased, they started providing creative solutions to problems, and my schedule was freed up to do other things.”

Ugh…what are people thinking when they suggest dumb things like this? Put yourself in their shoes. How would you behave if you knew your boss was watching you constantly, scrutinizing and “fixing” all of your work? I imagine an employee would just live in constant fear, stress, and dejection! No one wants to stay in a job where they are chained up like that!

Maybe what this advice-giver meant to say was “keep a close eye on your employees so that you can help steer the newbies in the right direction, while heaping praise on those doing a good job.” That would be better advice. Even better would be to ask your employees for their ideas! Don’t just assume that your workforce is full of worker bees – mindless drones who simply perform tasks they’ve been ordered to do. Many of your employees would probably be thrilled if you asked for their ideas and input! Allowing people to have ideas, makes them feel valued which will, in turn, make them more productive! If that idea fails – going back to the previous item we talked about – allow that employee to feel the sting of failure, but then come alongside them and encourage them not to give up, just like you’re not giving up on them or this business you’ve created!

If you are the boss (or a very resourceful employee) of a small business in Colorado, we're here to help! Check us out for social media help, video or graphics creation, or website creation and hosting.

Next week we’ll start a new 10-12 week series on “The Most Important Questions in Business”.